If change is the only constant, a new analysis from the Change Management Institute says job seekers in this field should also prepare for that change to get more complex.

The organisation’s annual survey of the job landscape for change management professionals has found “there is an emerging requirement for more strategic change/executive change leader/facilitators to lead large scale transformations”.

The Institute looked at 1,500 job advertisements for change professionals in Australia, New Zealand and the United Kingdom. The study has been conducted each year since 2011.1

The analysis also looked at which countries had the greatest number of roles. Australia was first with 741 open positions followed by the United Kingdom at 683. New Zealand third with 76.

The institute’s findings also suggested that job seekers within change management should be prepared to work with a recruiter first. Just over 80 percent of ads were placed by recruitment agencies and around 20 percent directly by hiring companies.

As for salary information, the analysis found that when salary was advertised it ranged from 80,000-180,000 per year in local dollars for “change manager” level roles and 180,000-265,000 per year for executive level roles.

The right foundation is everything. Our Change Management Certification Workshop takes a hands-on approach to imparting the kind of knowledge you can start using immediately.

Not specifically called out in this study is another highly sought-after factor for change management professionals – the ability to persevere.

Writing in FORTUNE magazine, author and change management expert James Dallas puts forth as paramount this competency, perseverance, and three others: the ability to listen to “your front-line people”, knowing organisational priorities, and getting good at playing the politics of change.2

“…[L]eaders who successfully reshape their organisations are sought after and respected,” Dallas writes. “Their organisations aren’t crushed by changes in their industries; rather, they find ways to leverage those changes. Aside from the tangible wins – revenue growth chief among them – there’s a psychological lift when change flourishes.”

He also advises change management professionals – and those who aspire to join their ranks – to stop communicating exclusively through “PowerPoint slides and stoplight reports” and really begin understanding the people and emotions at work. As with any change, he writes, there will always be winners and losers.

In other words, getting good at change involves understanding the players as much as the game.

Tell us: What skills have you leaned on most when leading through change?

Business Analyst – What role does your BA play in your PMO? 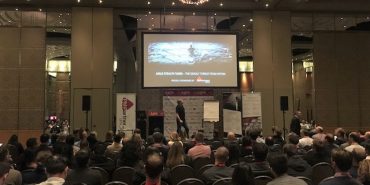