Due to the reason that the PMO is a service that aims to improve so many aspects of a business, such as professional communication practices and organisational culture, the time that they can take to establish within a business can be greatly variable depending on several factors. Fundamentally, the PMO should be dedicated to constant improvement and optimisation of service, and this is reflected in statistics, with less than 10% of organisations claiming that there had been little or no development of the PMO in the past 12 months. This can be due to many reasons, however most commonly it can mean that they are reporting to the wrong people, or the PMO has not achieved its tasks effectively.

To gauge efficiency, a maturity rating can be employed, with 1 being the initial proves, and 5 being the final optimisation of processes. In general, a PMO is considered in the early establishment phase for between one to three years before progressing to the next stage, and progressing to a higher level takes 12 months at minimum. Age doesn’t necessarily indicate maturity though, however, 70% of PMO’s operating less than 5 years achieve Level 2, which is considered a low rating. To get optimal return on investment (ROI), in general Levels 3 and onwards are ideal. Over 86% of PMO’s that have been established for 10 or more years are still focused on continuous improvement. 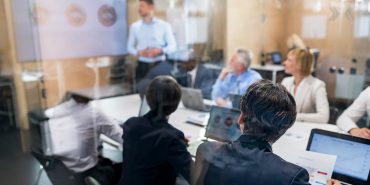 Programme Managers: Are you Missing these Essential Skills