Weighing in on the Estimating Game

Weighing in on the Estimating Game

Regardless of the size, type or nature of your project and the methods applied (traditional, agile or a blend), estimating is required.

How many? How much? What type?

And remember we also need to agree are we estimating in hours, weeks, months, points (how much is a point?) or other units and what accuracy (or inaccuracy) is tolerable?

Estimating according to the PMBOK® Guide

Where does PRINCE2® fit in with estimating techniques?

PRINCE2 as the leading global project management method interestingly does not prescribe or offer new PRINCE2-specific estimating methods. It references examples of techniques such as:

Any one for T-shirt sizing or story point estimating or Planning Poker®? As a seasoned ‘agilist’ you will be nodding yes, otherwise the reaction is typically “really?” Are we being serious here?

Agile practices often incorporate relative estimating and utilise what is known as the ‘wisdom of crowds’.  Consider such approaches to estimating as:

The choice of which estimating approaches are best for your project will depend on a number of factors, including the timing in the project life cycle, project management maturity, adoption of agile practices and preferences of the project team. The key point to remember is:

“…when people are involved in the estimation process, their commitment towards meeting the resulting estimate increases” 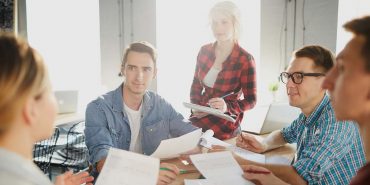 The Agile Journey: Estimating in agile