The nature of modern work is always changing. It’s more global, more uncertain, more automated and more dependent on software. So for business leaders who want to leverage the power of strategic change, they need to investigate new trends and quantify their potential returns.

We’ve scoured the market and uncovered three new trends in change management that may have broad implications.

Trend #1: Challenging the traditional notion of a ‘resister’

Whenever an organisation attempts to introduce change in the workplace, ‘resisters’ inevitably surface. Some managers see these people as rough edges that must be smoothed down before success can be realised. But such an approach is often counterproductive. Moreover, these people may not actually be truly resistant to change.

Workplace-leadership experts suggest resistance is the symptom rather than the disease. In fact, some resistance can actually be productive over the long term.

The true driver of resistance to change is a fear of irrelevancy, which triggers feelings of shame in the workplace. Shame is serious. It’s also not a word you often hear from change-management experts. If workers fear the coming change will render themselves or their work irrelevant – and no leader seems to understand or address the shame this can trigger – resisters will dig in. 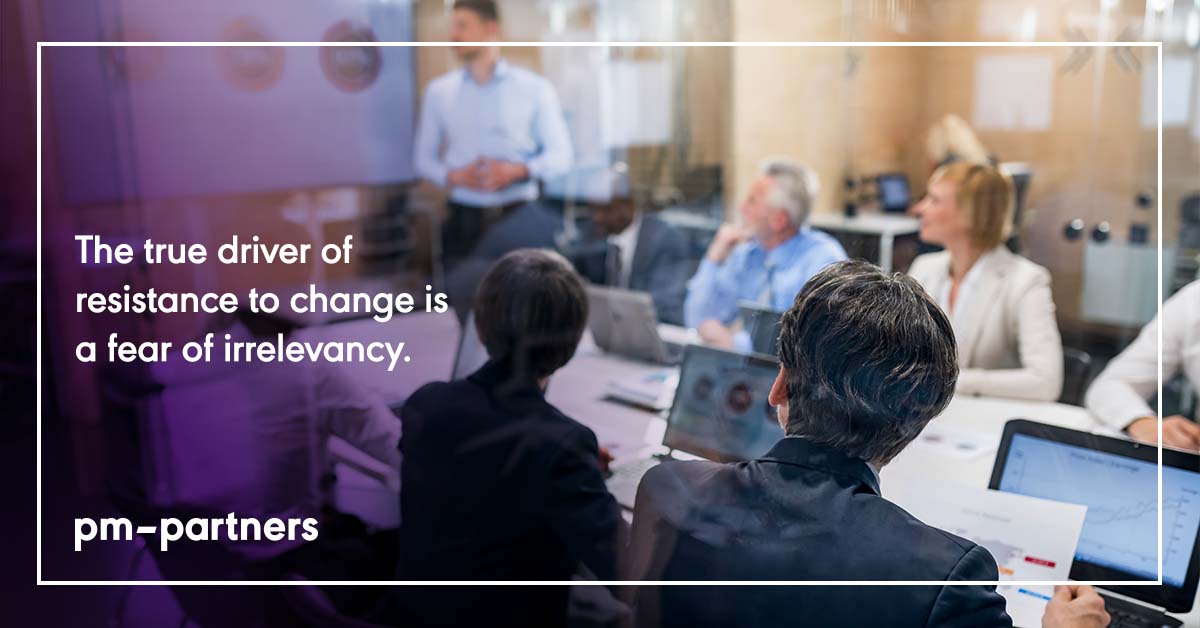 Don’t single out people as resisters. And don’t fall into the trap of creating unhealthy divisions around who is ‘with’ or ‘against’ the proposed change. Instead, managers must first focus on listening and creating safe environments where staff can be reassured they are necessary to the organisation’s success – particularly after the change occurs.

There’s been extensive research into the power of mindfulness and the positive impact it can have on our personal wellbeing. So it’s perhaps unsurprising that more recent research is showing it can help workers during times of change.

One such study into work-related wellbeing and job performance found that workers who completed an eight-week meditation intervention “demonstrated significant and sustainable improvements (with strong effect sizes) over control-group participants in levels of work-related stress, job satisfaction, psychological distress and employer-rated job performance”.

That study is supported by results from a US healthcare company, where nearly 25% of workers were at one point enrolled in a mindfulness meditation program. The program was launched during a seven-year project that set out to change everything about the business – from its systems and jobs to its business processes and even client interactions.

Wendy Quan, who created the program at Pacific Blue Cross, notes: “Participants reported being more aware of their emotions and behaviours, having a higher ability to manage themselves through change, increased calmness, positive feelings and feeling in control.”

Trend #3: Recognising the power – and strength – in vulnerability

Bestselling author and workplace-leadership expert Dr Brené Brown is fascinated with the subject of vulnerability, arguing that it is a massively underrated and misunderstood management attribute. “If you don’t understand vulnerability, you cannot manage and lead people,” she told a crowd at one of her TED Talks. “If you’re not showing up vulnerably as a leader, you can’t expect anyone to follow you – period.”

The problem for many managers, however, is understanding just how the negative connotations of vulnerability can transform into a useful tool for organisational change management. The good news is there are actually a number of ways to achieve this.

First, leaders need to drop the traditional stoic approach – once and for all. When researchers at Macquarie University set out to learn from top leaders and develop specific tactics for effective leadership, what they ended up discovering was the power of authenticity and vulnerability. Vulnerability plays a major role in their ‘snowball’ metaphor of leadership, among others:

“The snowball represents a cycle of mutual accountability that creates momentum for change. It starts rolling when a leader opens himself up to the scrutiny of subordinates and asks for their support. This act of humility is seen as courageous and inspires others to follow suit. As more members of the team join the process (and those causing drag are removed), the snowball becomes more tightly compacted and almost impossible to stop.”

Illustrating this, they interviewed a managing director at a German beauty company who came to the realisation that his directive leadership style was reinforcing the passive culture he had hoped to change. Only by making himself vulnerable to the team – and recognising his role in why the change was needed – did change actually occur.

In fact, every business leader they interviewed experienced “radical improvement” in 360-degree feedback plus greater “financial performance, customer approval and employee engagement”. It was only once they dropped their masks and became vulnerable that things started to shift.

A whole world of trends to explore

Organisational change management is not a new model – but its strategies for success are constantly evolving. Speak to the experts at PM-Partners today about how we can help your business get the most out of its people.