When the Planning is more useful than the Plan

When the Planning is more useful than the Plan

President Eisenhower once said, “The plan is useless; it’s the planning that’s important.”

These sage words are all too true in our lives as workers, project planners, entrepreneurs, excutives and presenters.

It is not what is on the piece of paper when you present to the group, but the thinking and time you took to write down those details, and determine the chronology and level of importance of those items.

As Sun Tzu discusses in his seminal work, “The Art of War”
“Those who triumph,
Compute at their headquarters
A great number of factors prior to a challenge”
Those who spend less time planning do not succeed.

According to Sun Tzu, more planning = greater success, less = greater chance of failure.
A solid argument for risk management, one must think through and plan one’s attack.
Consider all the possibilities, cross your t’s and dot your i’s before the event.

The first chapter of the Art of War ends with Sun Tzu claiming that by observing the time spent in “computation” he can determine whether or not one will succeed in their efforts.
From a Project Manager’s standpoint, this has relevance on a number of levels. The most obvious application would be the idea of actually planning out a project. Risk planning and developing a communication strategy are other critical aspects of Sun Tzu’s formula for success.
In a later segment in “The Art of War” by Sun Tzu, the ‘Agile Approach’ towards working towards success is also discussed. In preparing for attack, and also during the battle, the player must not only be prepared, but he must be fluid and adaptable.

This offers the freedom to handle constant change whlie incrementally working towards the desired goal.
In sum, Sun Tzu emphasizes that even before considering a confrontation, it is essential to compute the associated risk. A complete analysis of the situation that considers the strengths and weaknesses of one’s position, the relationship between one’s goals and the goals of society at large, the intensity of one’s courage and determination, and the worthiness and integrity of one’s objective are the key elements that must be considered.

We appreciate Sun Tzu’s refreshingly moral approch to business and war. It is true that one’s heart must be in it, before one is willing to fight for it completely and sucessfully.
For information on where to learn more Sydney business analysis course or Sydney project management certificates.

Jetstar and PM-Partners Working Together 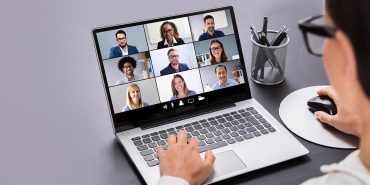 Expert networking advice for 2020 and beyond